4 Actions that Could Lead to Federal Fraud Charges

4 Actions that Could Lead to Federal Fraud Charges

Frequently, defense attorneys and other lawyers talk about federal fraud charges as a set of serious crimes. However, for the majority of people referencing this broad set of federal charges is confusing. The reason for this confusion is how federal criminal laws are structured and arranged.

If you went to search for “U.S. fraud statute” you would receive results referencing mail fraud, tax fraud, medical fraud, credit card fraud, identity fraud, and so on. You would quickly notice that each of these types of fraud were entirely separate criminal offenses. Unlike other federal crimes, such as racketeering or hijacking an aircraft, or New York State crimes, such as robbery and sexual assault, there isn’t just one statute that criminalizes fraud, but several. 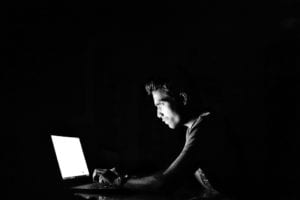 As a legal term, fraud refers to dishonest actions or behavior undertaken for the purpose of obtaining an unlawful, pecuniary gain. Put another way, fraud is any misrepresentation, false statement, trick, or deceit that is intended to create an undeserved financial benefit for the defendant. This could cover a lot of different illegal behaviors and actions, and it does.

What actions are most likely to lead to investigation and prosecution by the Department of Justice? Greco Neyland reviews four actions that we commonly see result in federal fraud charges 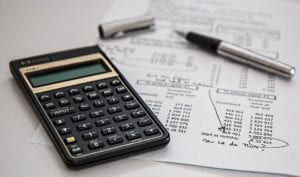 Everyone is required to file federal income taxes. Similarly, every business is required to file taxes on revenue, expenses, profits, and losses. When making these filings, and other tax reporting, there are numerous instances of fraud to occur. Tax fraud is an intentional misrepresentation or purposeful use of inaccurate information for the purpose of receiving a financial benefit. In many instances, tax fraud is referred to as tax evasion.

It is important to note that for all types of fraud the deceit or dishonesty must be purposeful or intentional. Mistakes, such as entering the wrong information on a tax form or inputting an incorrect number, are not fraud. As well, the prosecutor will have the burden of showing that an act was intentional.

That being said, underrepresentation of income, by both businesses and on personal income statements, is one of the most common types of fraud in the United States. Certain federal auditors from the Internal Revenue Service are solely tasked with uncovering instances of this particular fraud.

To look at some of the basics, there are two major types of federal health care fraud, those that defraud a government health care program and fraud against an insurance company. Both types of health care fraud involve falsifying, inaccurately modifying, or misrepresenting information on a claim. This includes submitting a claim for a patient that doesn’t exist, prescribing treatment that isn’t medically necessary to increase a claim, and referring patients to a doctor in return for kickback or payment.

Mail and wire fraud cover fraudulent actions precipitated or carried out through impersonal forms of communication. At one point in time, this included a limited number of actions centered on the use of the postal service and telephone to defraud another individual. For example, dishonest phone calls asking people to donate to a non-existent charity.

Today, the instances of mail and wire fraud are more expansive.

Through the use of the Internet, instances of wire fraud have risen substantially. A common example is sending out emails that request payment into a specified account to help a loved one with medical expenses or to enter a rewards program – when neither of the underlying circumstances is true or real. People send and receive such emails in New York every day, and while recipients are becoming savvier, so are those that look to defraud.

Credit card fraud is rampant in the United States, and the federal agencies responsible for uncovering these frauds are performing more investigations than ever before.

Actions involving debit or credit cards that result in federal fraud charges include falsifying credit card accounts, copying or skimming another person’s credit card, and the unauthorized use of another person’s card. Each of these unlawful actions must be taken for the purpose of obtaining a financial windfall, either by directly taking cash from an ATM or presenting the card for use at a store, bar, or restaurant.

Frequently, credit card fraud is accompanied by the use of a fake driver’s license or other forms of false identification. In these cases, it’s common for federal prosecutors to also charge a defendant with related charges for identity theft, another form of fraud.

To schedule a free consultation with one of our federal defense attorneys, call Greco Neyland’s 24/7, central phone number at (212)-951-1300.