Accomplice Liability in New York: What Is Your Crime?

Accomplice Liability in New York: What Is Your Crime?

You’re sitting in criminal court on a Tuesday morning, listening to a judge read the charges against a friend for burglary. Your friend had broken the window of a townhouse in Greenwich Village and went inside to steal the homeowner’s television, stereo, and other costly electronics. He’d made it out with a few items when the police arrived. They’d been tipped off by the silent alarm.

Your friend made a run for the car, but the police took him down and arrested him before he reached the door handle. This friend had handled the burglary on his own. No one else broke the window or helped him remove property from the house, but you are also facing criminal charges for burglary in court that day. 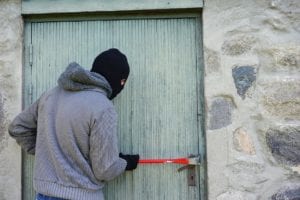 Why? You had supplied your friend with the burglary tools needed to break into the house and silently remove the flat screen TV from the wall. Plus, you were sitting in the car, waiting for him to load the stolen property and drive away. With your fingerprints on the burglary tools and a confession of your involvement by the friend, the police have a pretty good case against you – even though you didn’t do any of the acts usually required for burglary.

What Is Accomplice Liability in New York?

Within the New York Penal Code is a section called “criminal liability for the conduct of another.” This set of provisions covers accomplice liability in New York. It is through use of this statute that the New York Police Department and New York prosecutor can arrest you and charge you with a crime, even though you never used the burglary tools or stole property from within the home in Greenwich Village. Here’s how.

The law on accomplice liability in New York states that when one individual commits a crime, another person is criminally liable for that same conduct when the person, “solicits, requests, commands, importunes, or intentionally aids,” another person in criminal conduct. Found at Section 200.00 of the New York Penal Code, criminal liability for the conduct of another or accomplice liability in New York means as the accomplice, you can be charged for the same crime as the actual actor.

Why Is Intent Important to Accomplice Liability in New York?

The first element for accomplice liability in New York is that the accomplice must have the same mental culpability as required by the underlying criminal statute.

If a prosecutor can’t show that the accomplice had the requisite mental culpability, then the charges for accomplice liability in New York can’t be sustained.

What Actions Lead to Accomplice Liability?

Second, an accomplice does more than watch or be in the vicinity of a crime. Mere presence does not constitute accomplice liability under New York law. So, what actions do rise to the level of criminal liability for the conduct of another? The general list of actions is provided by the New York legislature and include soliciting, requesting, commanding, importuning, or intentionally aiding the actor.

By this standard, New York courts have concluded that an accomplice commits an overt act in furtherance of the crime. Some common examples of accomplice liability in New York include driving the getaway car, loaning the actor a weapon or tool to use in the crime, and encouraging the actor to commit the crime during its progress.

Do You Need a Lawyer for Accomplice Liability in New York? 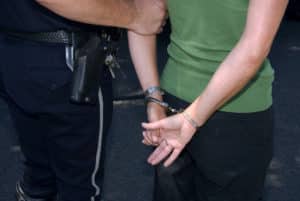 If you are charged with accomplice liability in New York, it is not merely a lesser crime or insignificant charge. Instead, you face the exact same charges and potential punishment as the actor that broke the window, stole property, killed someone, or lit a building on fire.

When charged with accomplice liability, you need attorneys like our team at Greco Neyland in Manhattan. Our lawyers are experienced and skilled criminal defense attorneys that not only understand the specifics of accomplice liability but also have extensive experience defendant against the underlying criminal charges. Fight for your acquittal by contacting Greco Neyland today at (212)-951-1300.