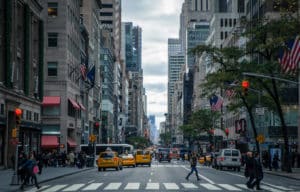 Any criminal charge relating to prostitution can cause tremendous embarrassment for the accused. There are numerous sting operations throughout New York City that result in countless people being arrested for patronizing or promoting a prostitute.

Many were simply in the wrong place at the wrong time, and find themselves facing criminal charges as a result of a misunderstanding. A person charged with any kind of prostitution offense needs to take the charges seriously, as a conviction can result in possible imprisonment and fines in addition to other possible long-term consequences.

If you have been charged with soliciting a prostitute or promoting prostitution in the New York area, you will want to be sure that you are represented in court by a knowledgeable and experienced criminal defense attorney. Greco Neyland, PC defends clients from Brooklyn and NYC against all types of prostitution charges.

Jeff Greco and Dustan Neyland understand the tremendous shame that the accused feel after being arrested, and they conduct a thorough investigation as part of their dedicated effort to restore the good names of their clients. Our firm can review your case during a free, confidential consultation when you call (212) 951-1300 today.

NYC Charges for Patronizing a Prostitute

New York Penal Law § 230.02 defines patronizing a prostitute as when a person either:

Patronizing a prostitution is often referred to as “solicitation.”

There are three degrees of crimes relating to patronizing a prostitute in New York:

The consequences of a conviction for any prostititution are severe, and the punishments depend on the classification of the offense for which a person is charged. Possible penalties include:

Depending on the specific offense for which a person is charged, he or she can face the following consequences if convicted:

As former prosecutors, Jeff Greco and Dustan Neyland understand what the weakest parts of a prosecutor’s case are. During a relentless investigation of the charges against you, they will use all of the evidence in your favor to get criminal charges reduced or dismissed.

Greco Neyland, PC represents clients all over New York City, and our firm will never force you to accept a plea deal when we believe that your case can be won at trial. Let us review your case by calling (212) 951-1300 right now to take advantage of a free, no obligation consultation.