4 Arguments an NYC Shoplifting Lawyer Can Make in Your Defense

4 Arguments an NYC Shoplifting Lawyer Can Make in Your Defense

Whether you are charged with shoplifting from the mall or grocery store, fighting the charges can be complicated and hard to defend. Yet, just as with all other crimes and offenses in New York City (NYC), the prosecutor must prove certain elements beyond a reasonable doubt, and an NYC shoplifting lawyer must provide arguments and evidence that disrupts or disputes the prosecutor’s case.

Shoplifting in New York requires two elements. The first element is wrongfully taking the property of another person. This is usually the easier element for a prosecutor to prove, due to witness testimony and video evidence from the store.

However, the second element is more complex. The second element of shoplifting in New York requires that a defendant took the property with the intent to deprive the rightful owner of that property. This means to commit shoplifting, you must intend to steal the clothing, food, or other items from the store, and a prosecutor must prove this intention. An NYC shoplifting lawyer will frequently build a defense that disputes or rebuts this second element of the crime. 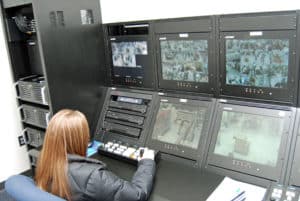 #1: You Intended to Pay for the Merchandise

Many shoplifting accusations and arrests are made while the defendant is still in the department store or retail location. In these instances, the sales staff or store security assumed you wouldn’t pay for the merchandise, but there isn’t concrete evidence to that fact.

An experienced NYC shoplifting lawyer can make the argument that putting the merchandise in a bag or under your arm was for convenience, not illegal purposes. Further, a shoplifting defense lawyer can give evidence to show, if the sales staff hadn’t interfered, you would have headed to the cash register before leaving the store.

How can a defense lawyer make these arguments? Perhaps, footage from the store shows your confusion or disbelief when the shoplifting accusation is made. Remember, a prosecutor has the burden to show that you committed a crime beyond reasonable doubt, and intention to pay can be sufficient to create that doubt.

It might be the case that you weren’t in possession of stolen merchandise or goods at all or that store staff mistook merchandise you already purchased for stolen goods. Under these circumstances, and others, it’s possible for an NYC shoplifting lawyer to argue actual innocence in your defense.

A defense of actual innocence is an absolute defense, which may require strong evidence proving you didn’t steal. This evidence could be videotape of you replacing merchandise on the sales counter or table just as you left the store. On the other hand, the evidence could be an earlier sales receipt for the groceries, clothing, or other merchandise you are accused of stealing.

#3: Challenging the Observations of Witnesses 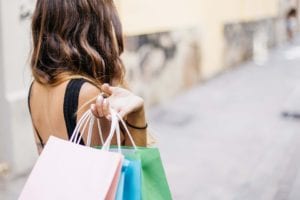 While some New York theft cases rely on video footage and store tapes, many charges are corroborated or even based on the testimony of witnesses. When witness testimony forms the basis of a prosecutor’s case, there is an opportunity to show the witness didn’t have a clear view of your conduct, misinterpreted or misunderstood a situation, was biased or predisposed to suspect you of theft, or for other reasons inaccurately accused you of theft.

#4: You Didn’t Intend to Steal

Often the strongest strategy to fight shoplifting charges is the simplest – that you didn’t intend to steal the store’s property. Of course, to make this argument, a shoplifting defense lawyer needs evidence or facts that show you innocently, mistakenly, or unknowingly took the property. Accidents, mistakes, and unintentional acts aren’t shoplifting and arguing this point can poke holes in the prosecutor’s case.

Perhaps someone else placed the property in your bag or pocket. You then exited the store without knowing the property was even in your possession, and therefore didn’t intend to shoplift. Another instance of an accident leading to shoplifting charges is when you try on jewelry or sunglasses and forget to remove the property before leaving the store.

These arguments can be particularly effective when there is external and objective evidence to corroborate your story or point of view. For example, there can be witnesses that saw your child or other individual put the stolen property in your purse or bag. 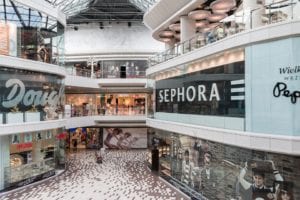 Talking with an NYC shoplifting lawyer is easier than you think. Our legal team at Greco Neyland Attorneys at Law is only a phone call away but can make all difference in providing a strong defense to New York shoplifting charges. Reach our three NYC area offices by calling 212-951-1300.